As part of a suite of graphic design for the Wimbledon Finals 2017, I concepted and oversaw the design for their official poster and placemaking imagery displayed around the All England Club throughout the tournament.

2017 marked three key anniversaries in the history of broadcast – 90 years of radio coverage, 80 years of television and 50 years of colour broadcast by the BBC, so a branded partnership was a natural fit. The BBC's pioneering achievements over those years naturally pair directly with Wimbledon's brand purpose 'In pursuit of greatness'.

Using the BBC's iconic testcard as a visual cue, we celebrated key moments through photography on the poster and throughout the championships themselves. 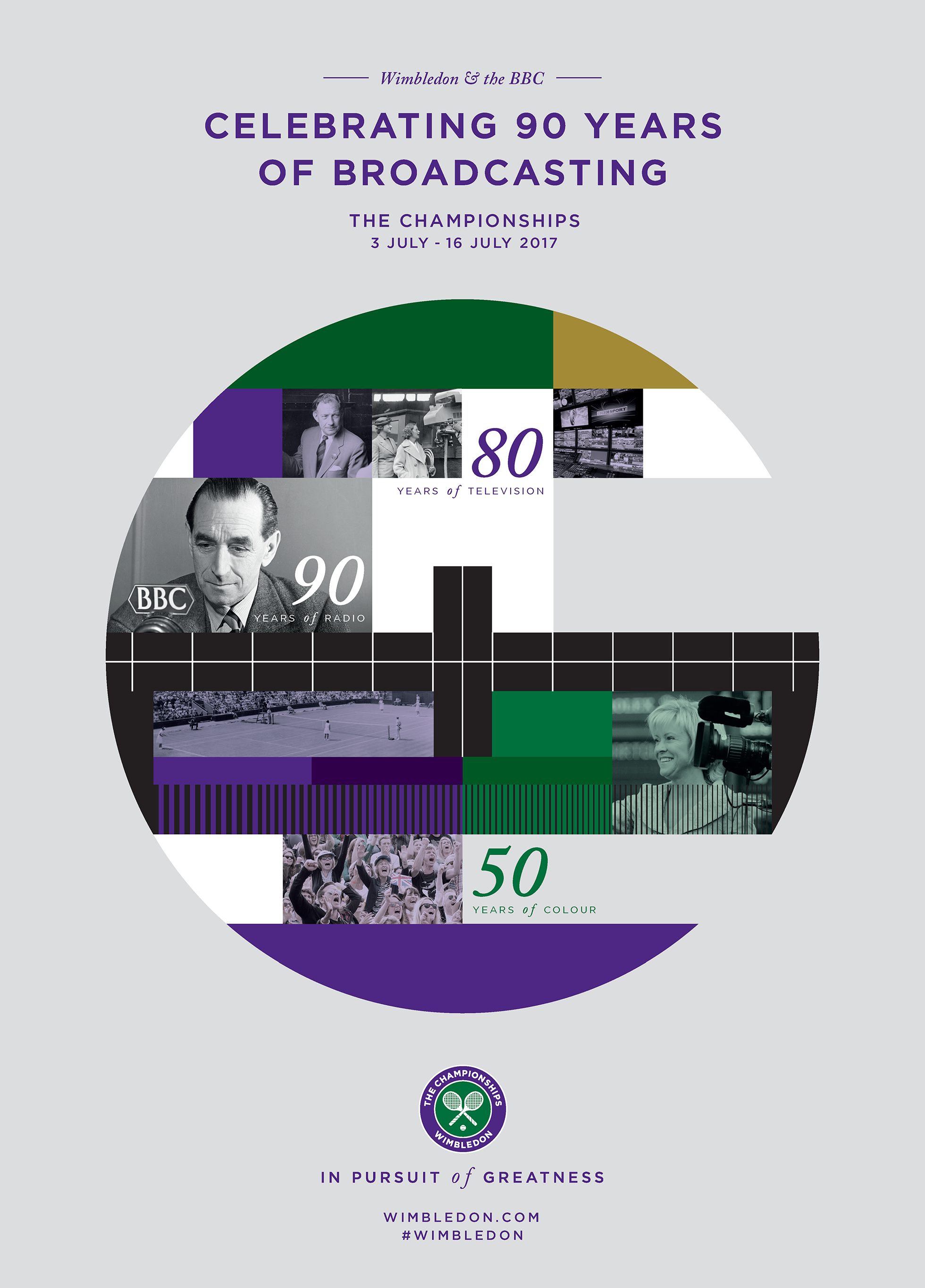 COUNTDOWN AROUND THE GROUNDS

The All England Tennis Club pride themselves that work begins on next year's Wimbledon Championships the day after the Men's Final, when they begin to strip the courts and start the painstaking preparation for the upcoming tournament again. This continual, year-round process includes briefing flower farmers on the upcoming colour scheme, Ralph Lauren on the next umpire and ball staff kit and the preparation of the soil, grass and every other aspect of the championship space from strawberries to the groundbreaking IBM Watson technology that powers the statistical analysis.

We brought this pursuit of greatness to life in posters and banners around the grounds to demonstrate just some of the preparation that goes into making each championship better than the last. 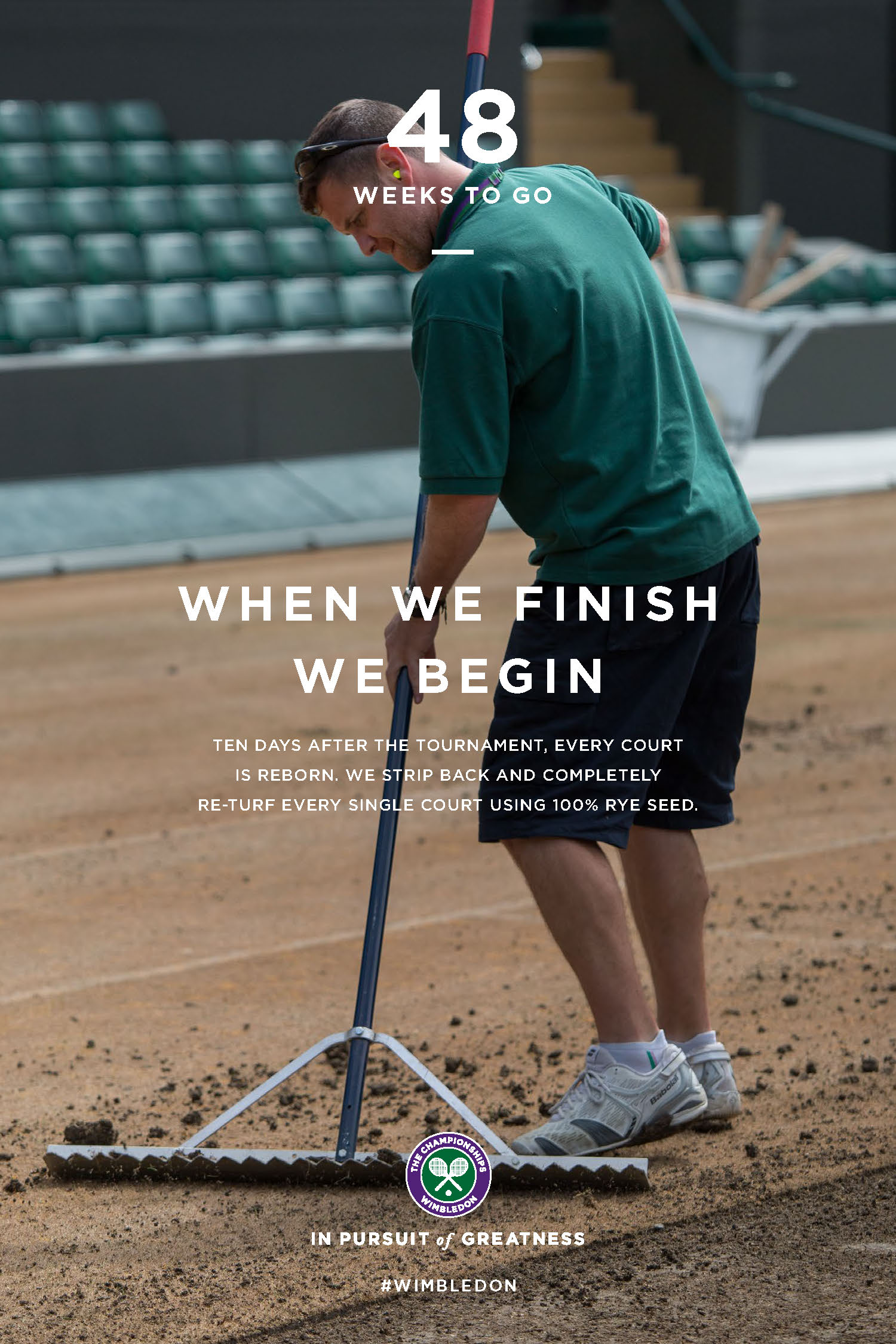 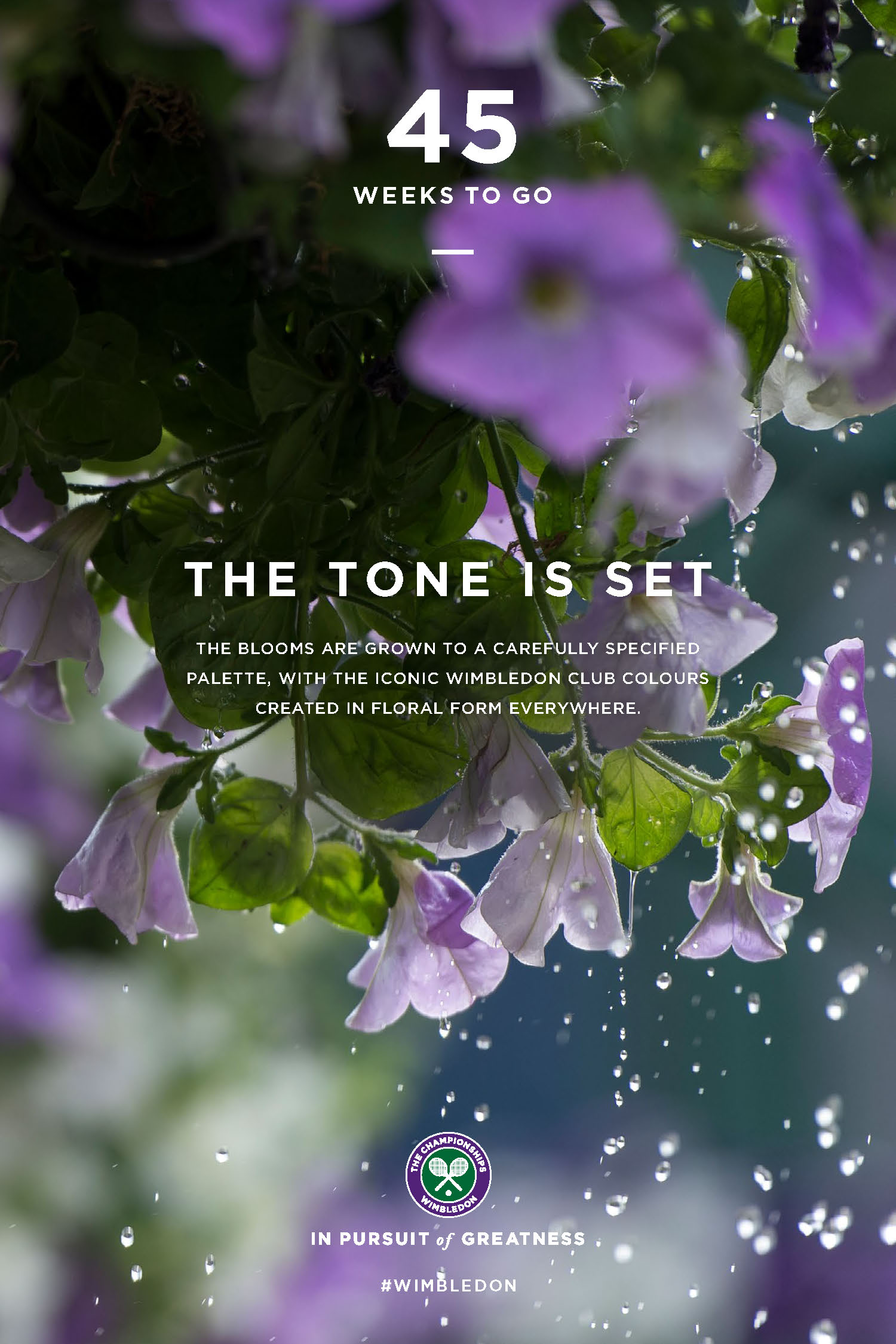 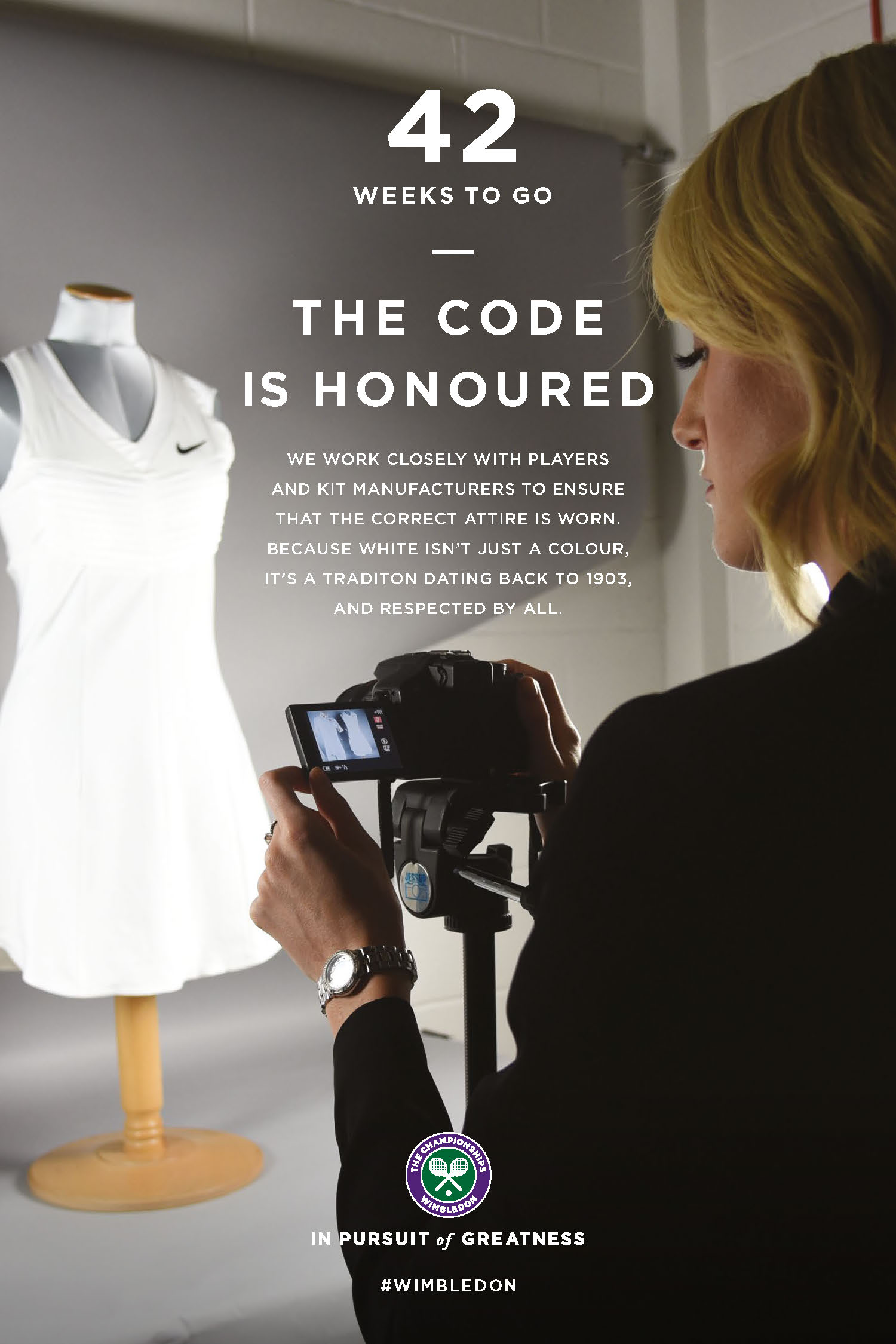 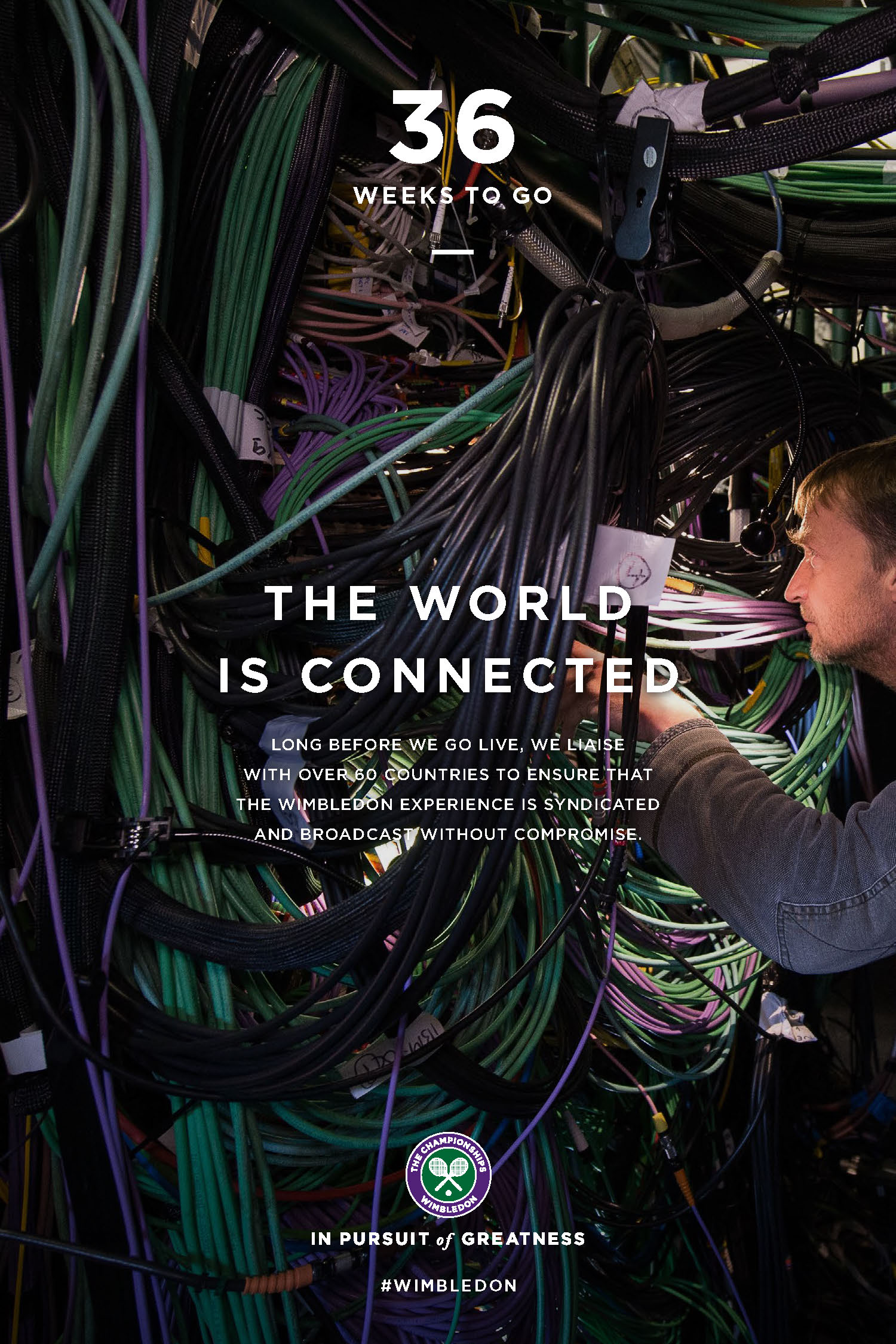 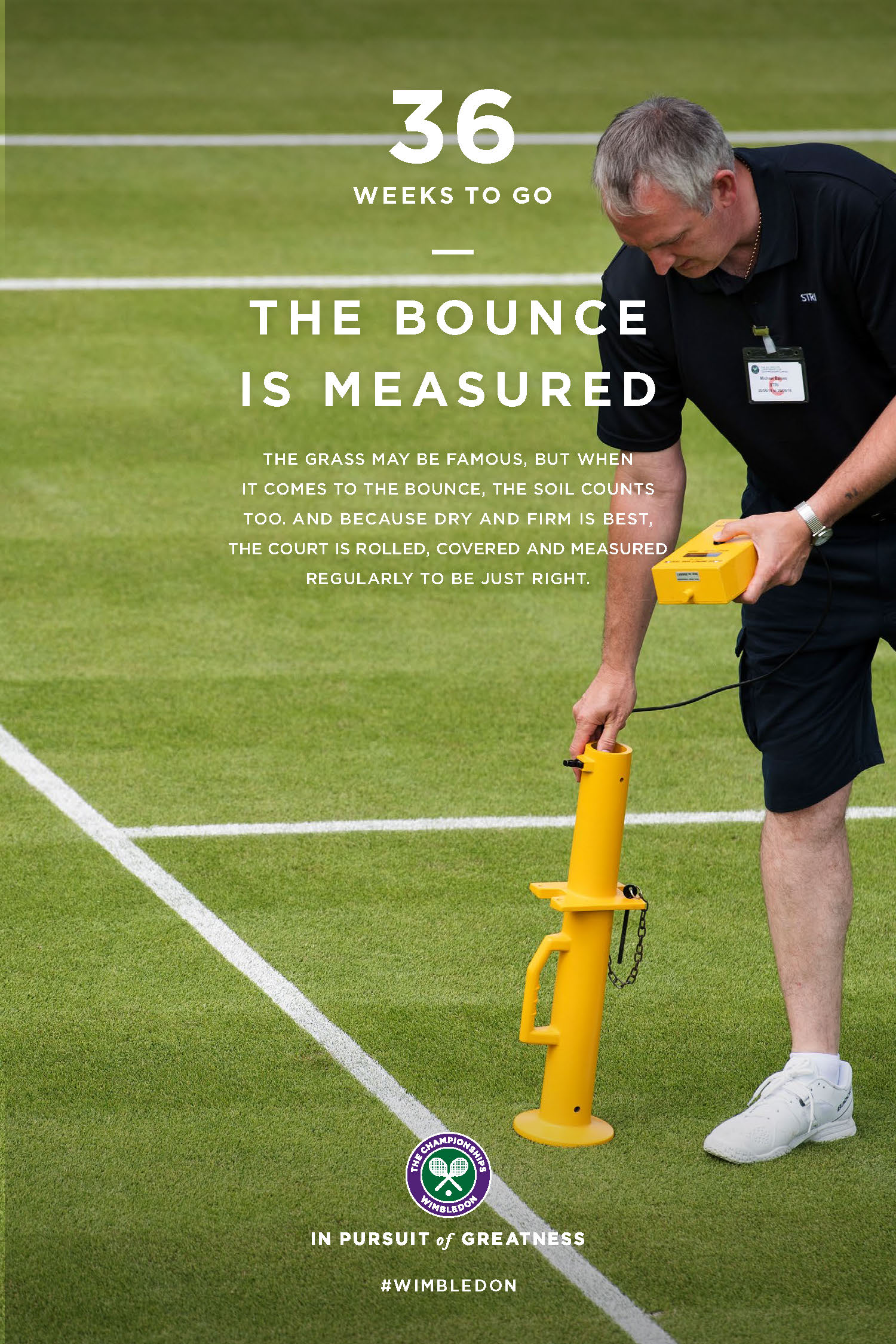 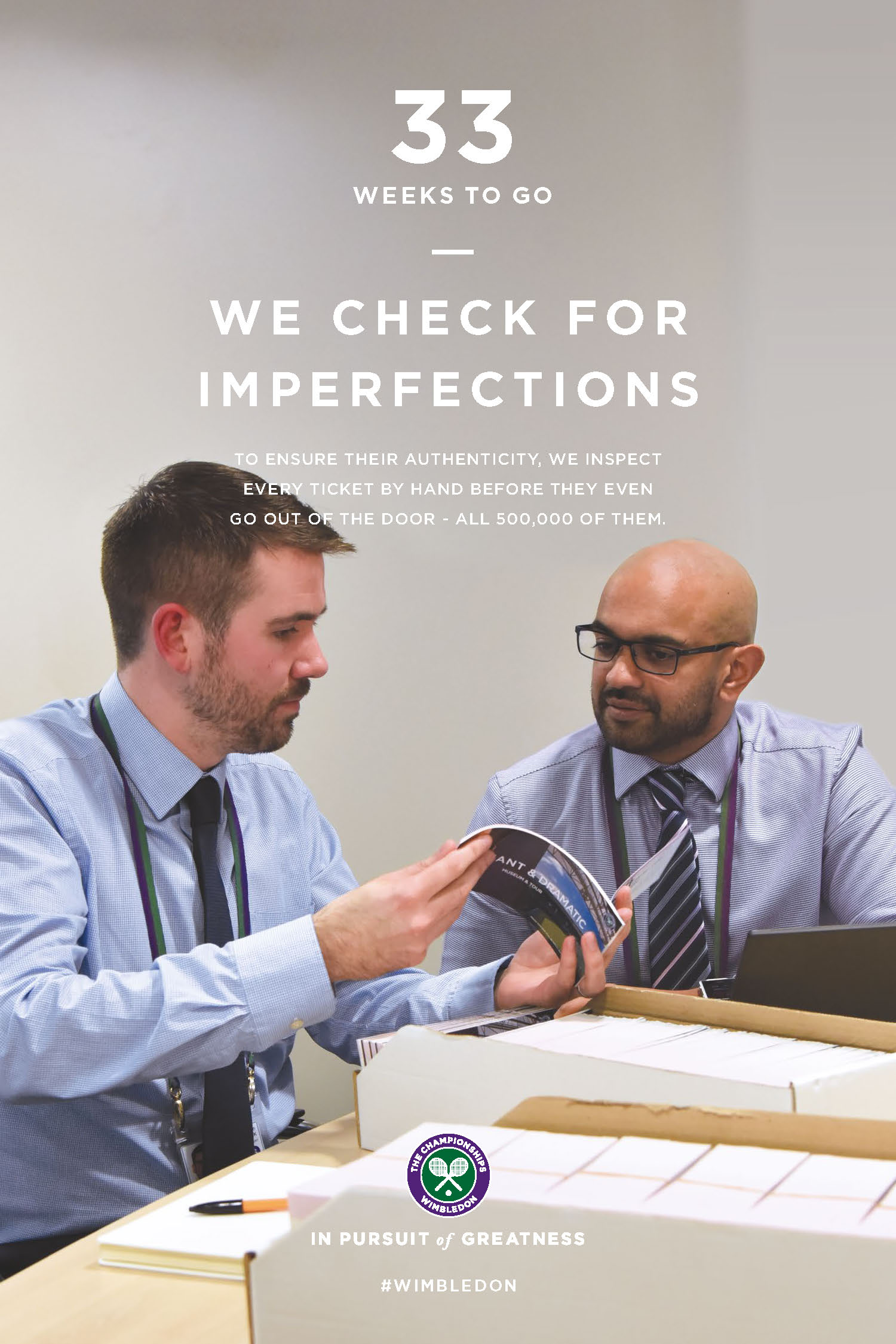 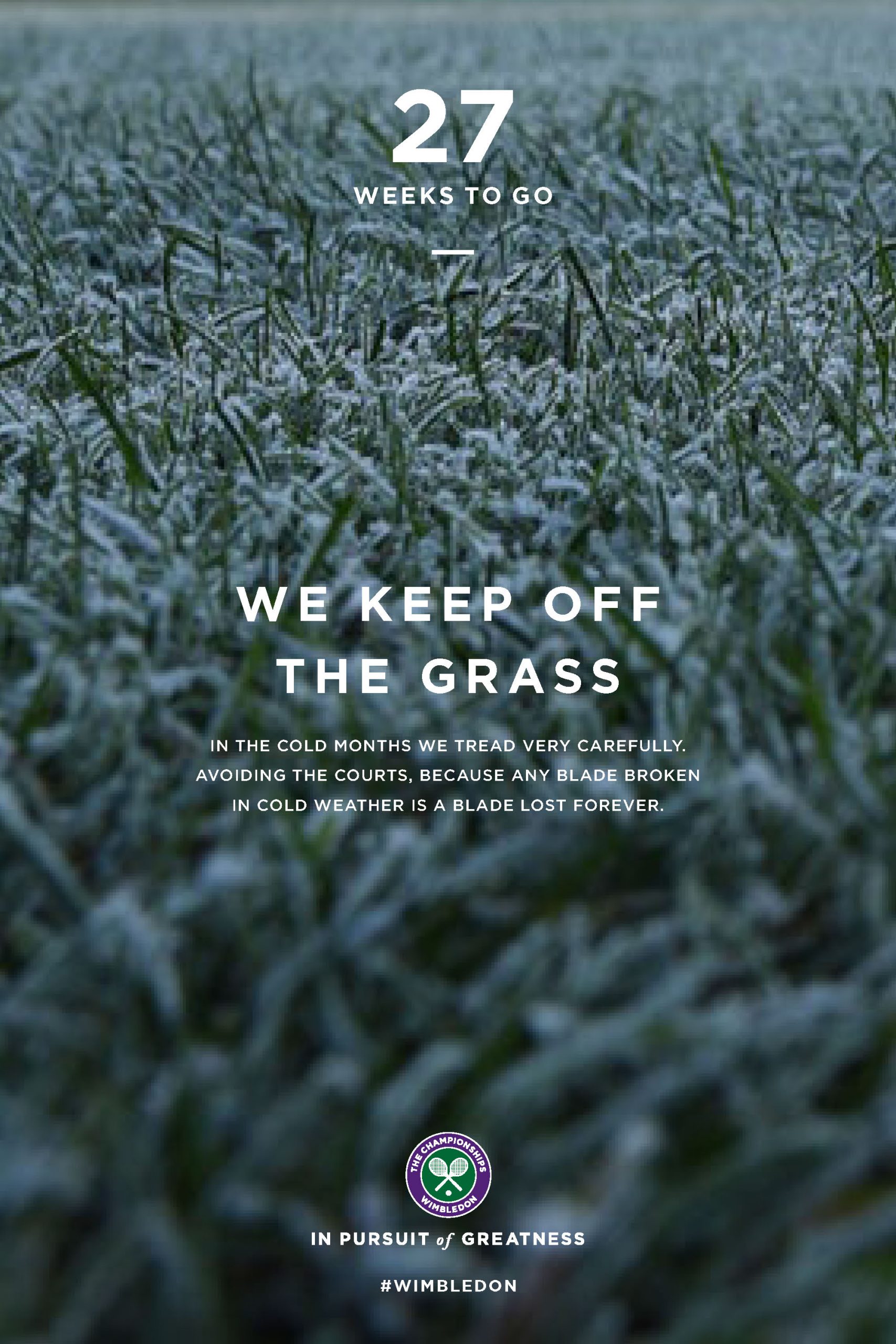 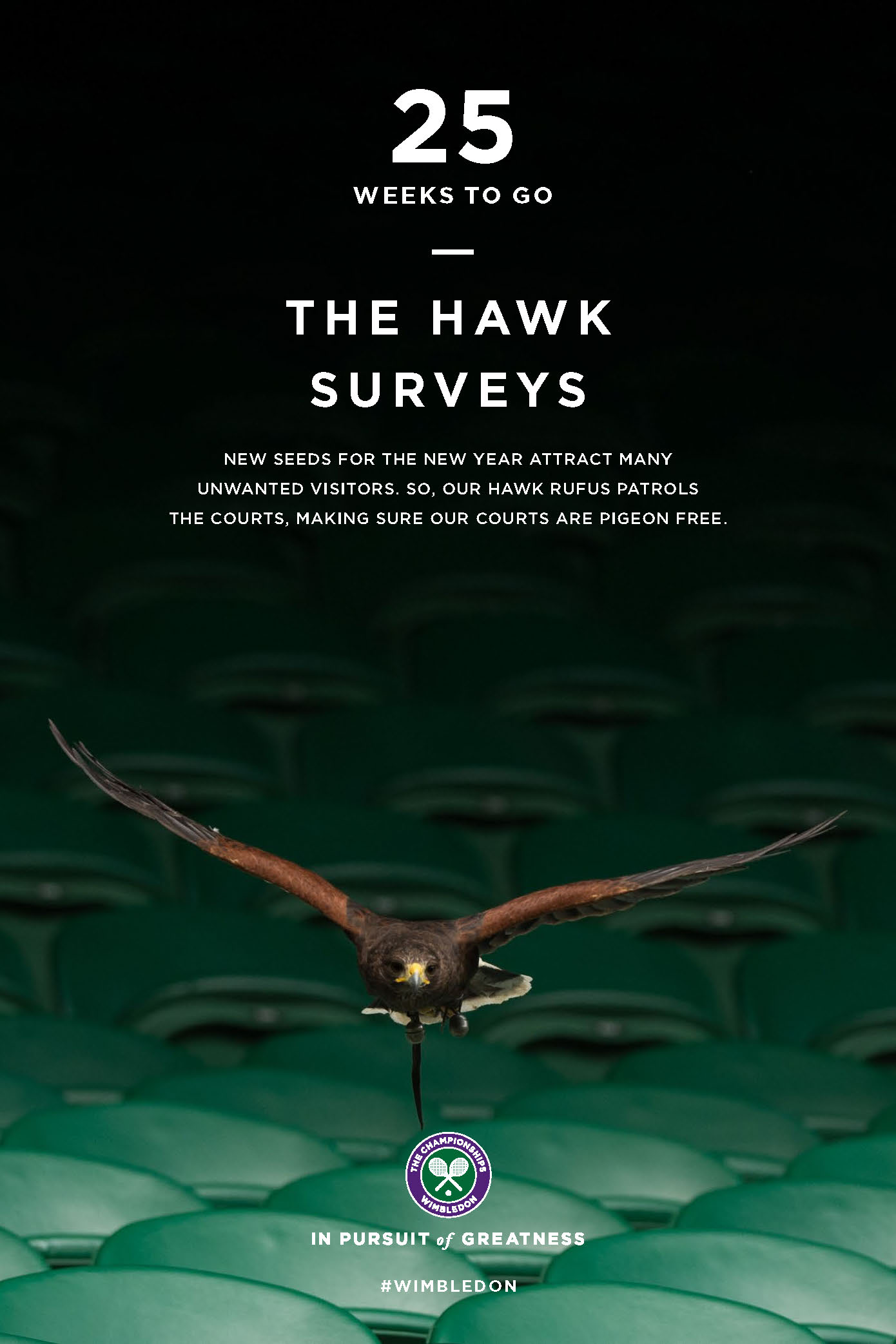 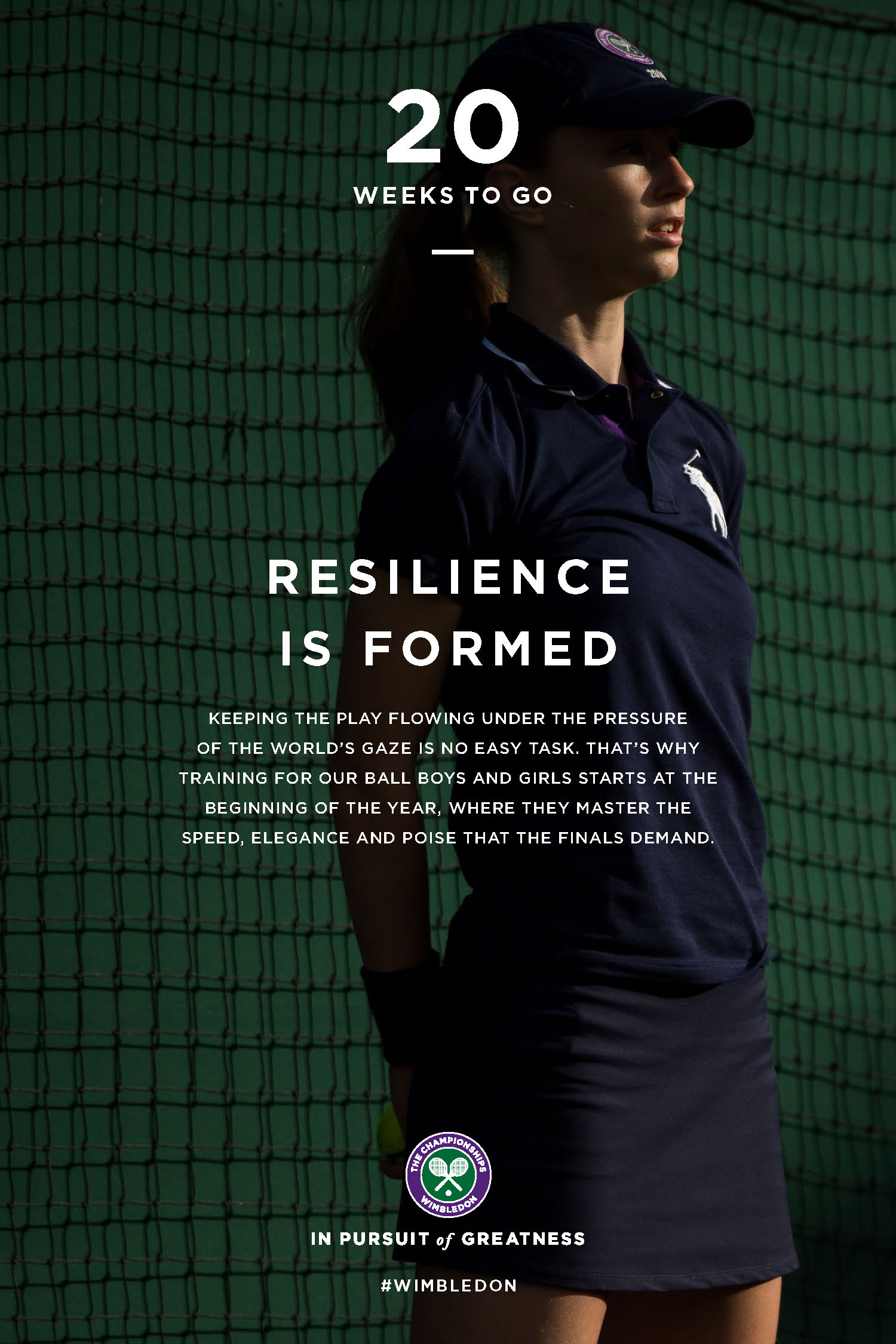 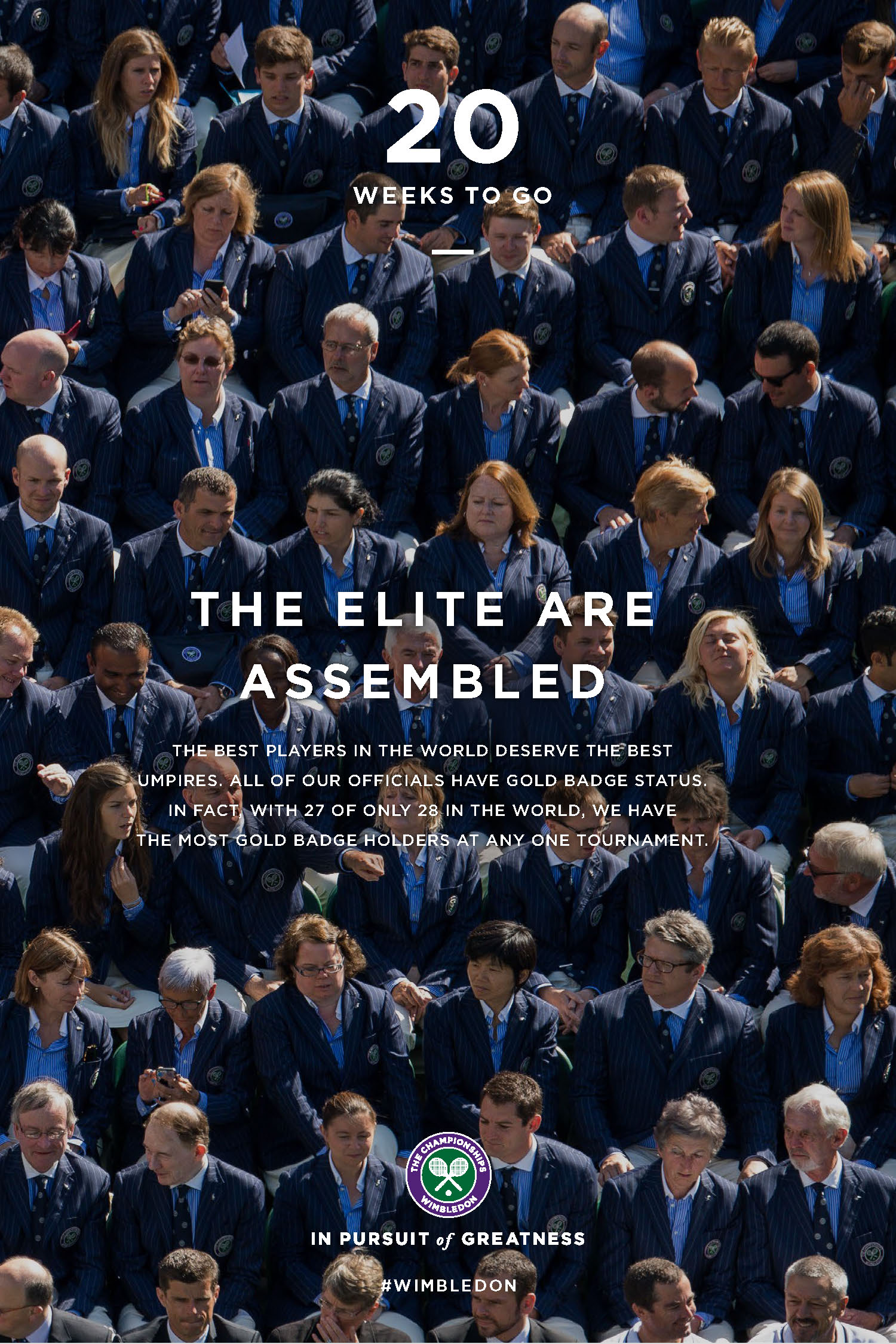 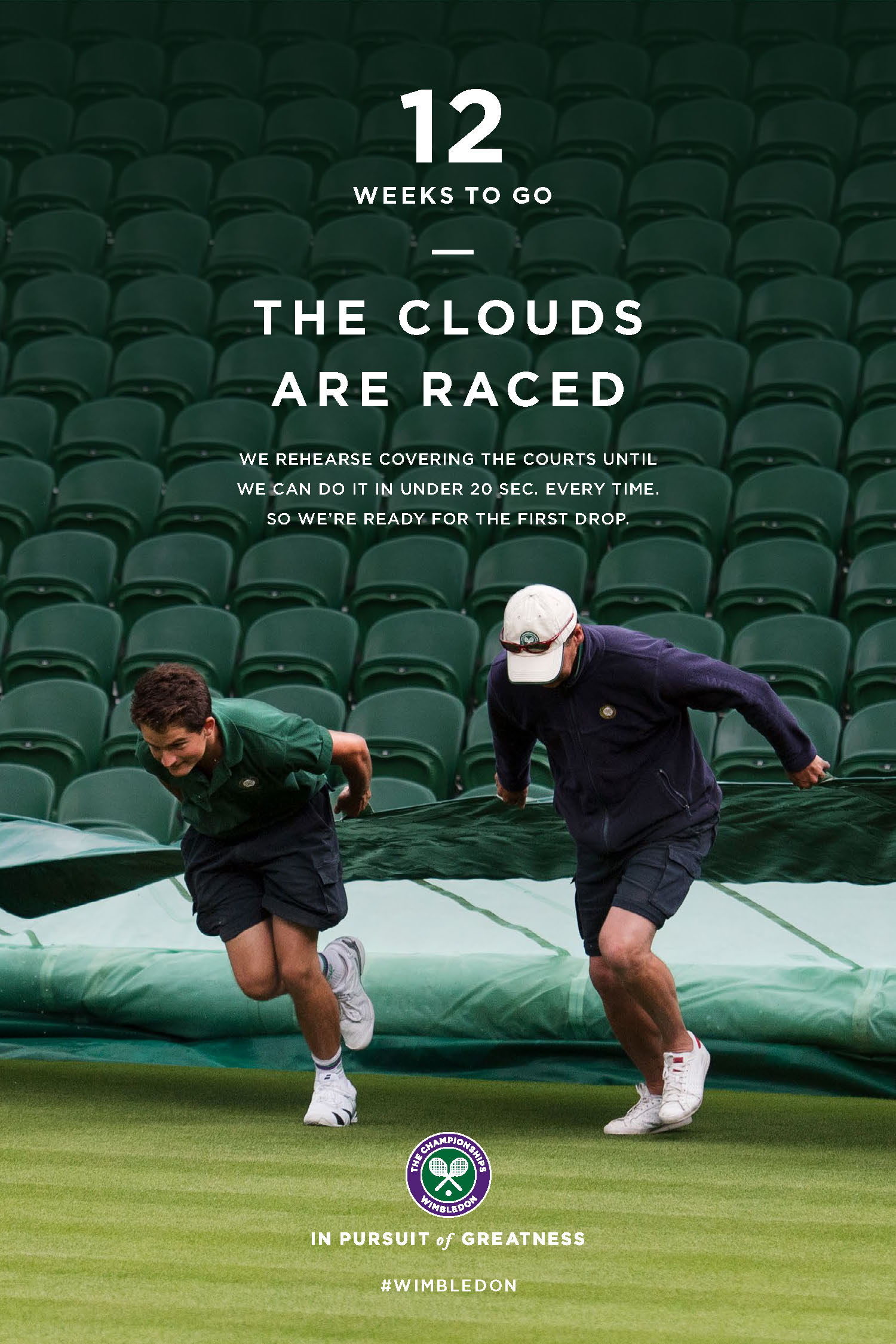 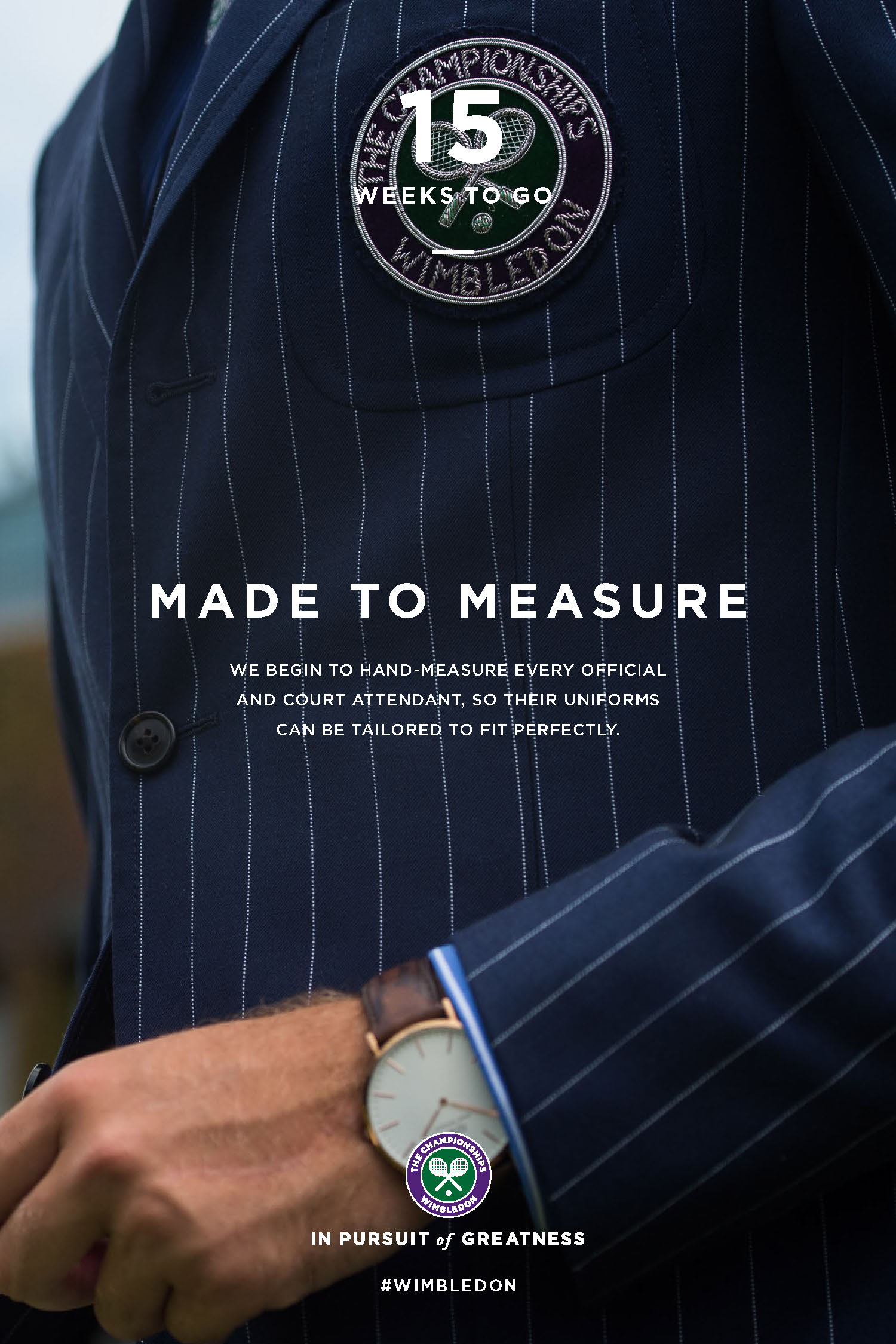 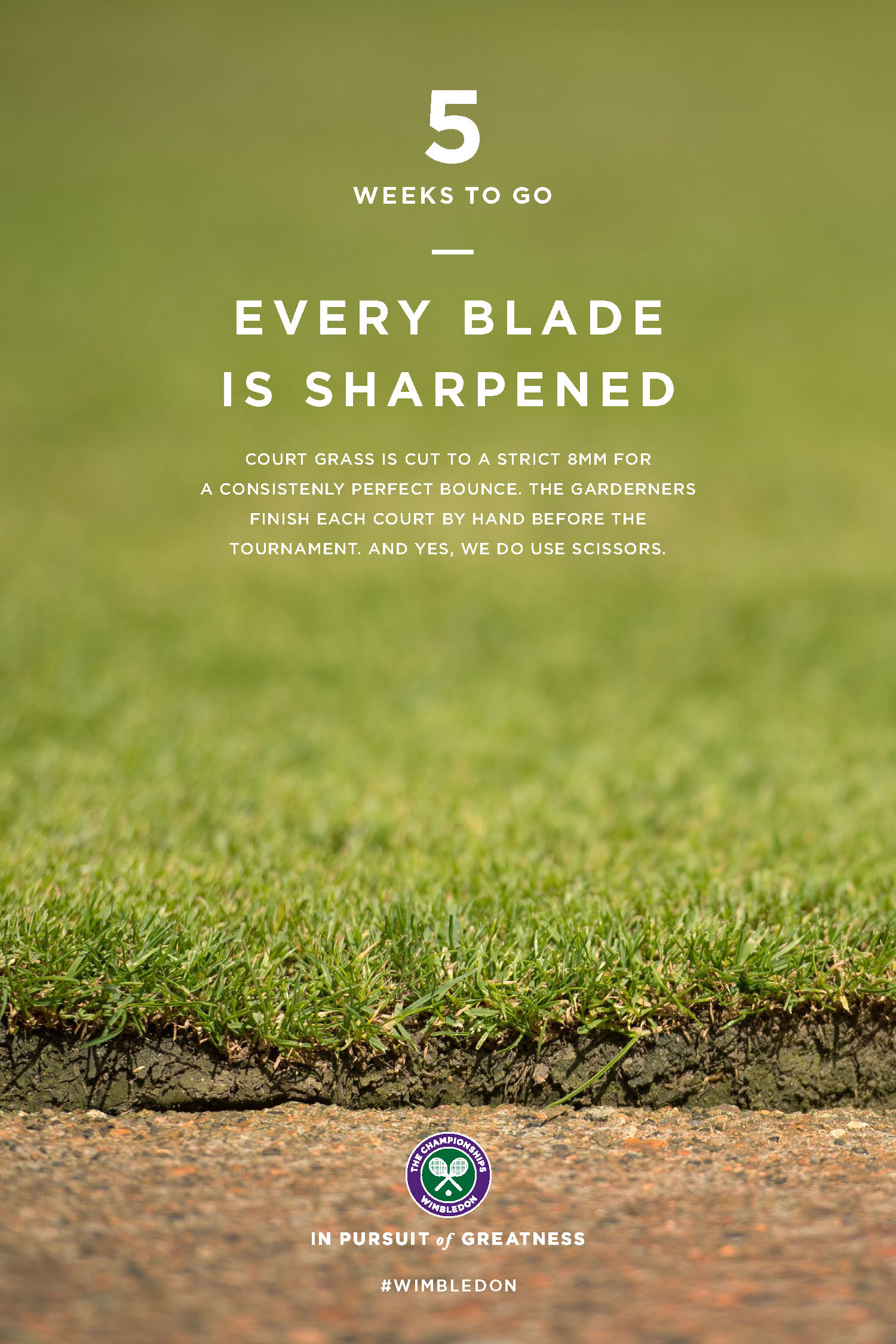 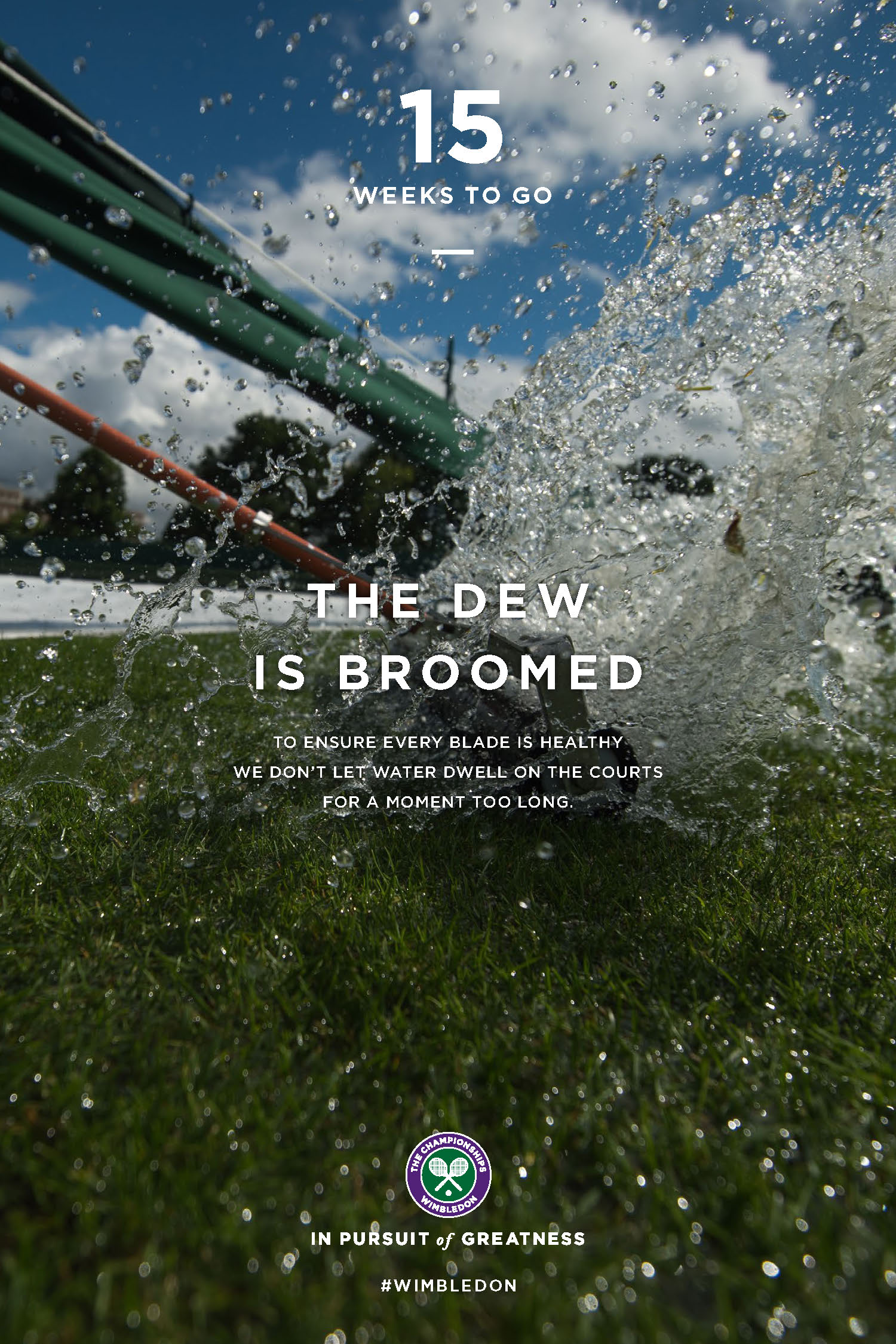 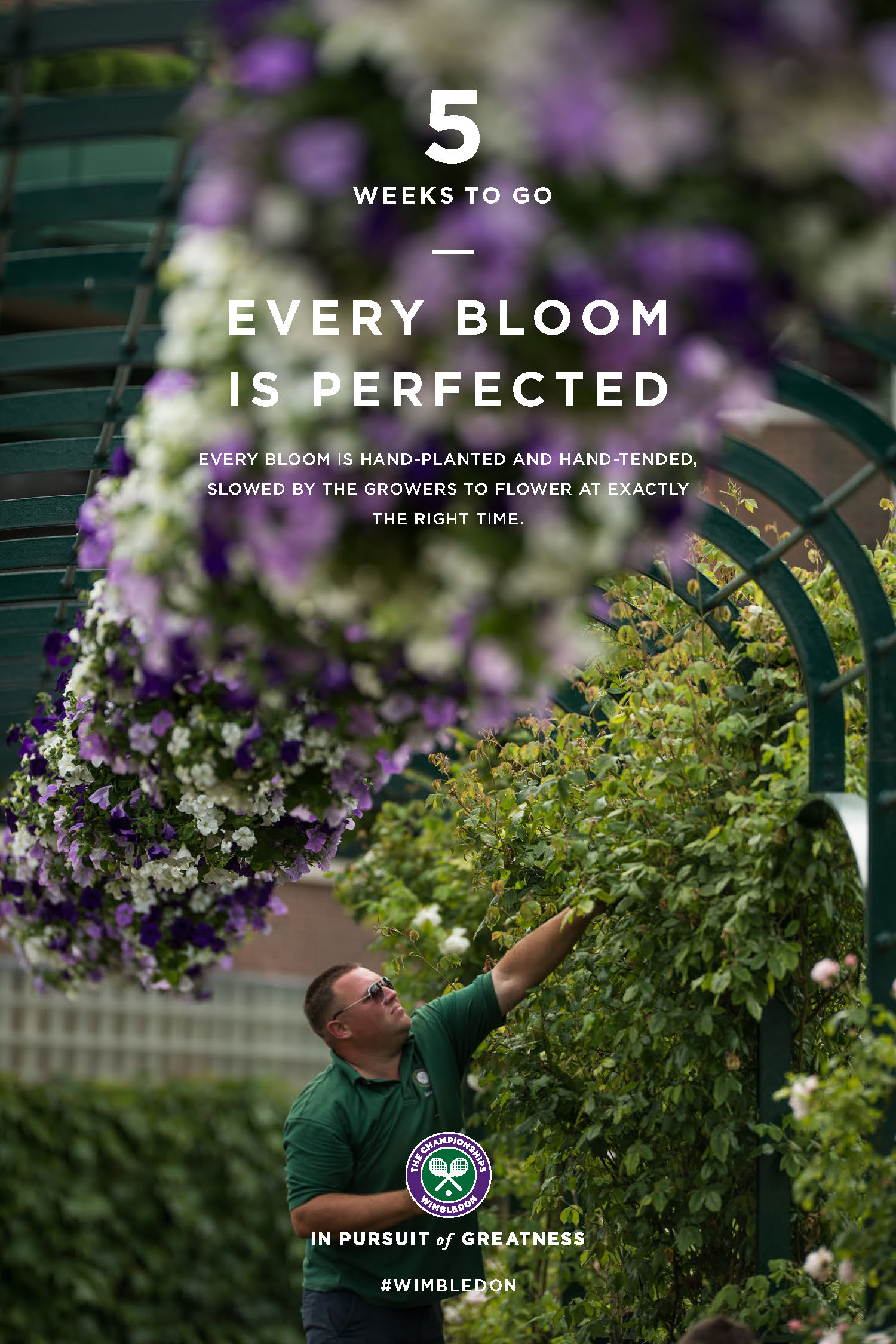 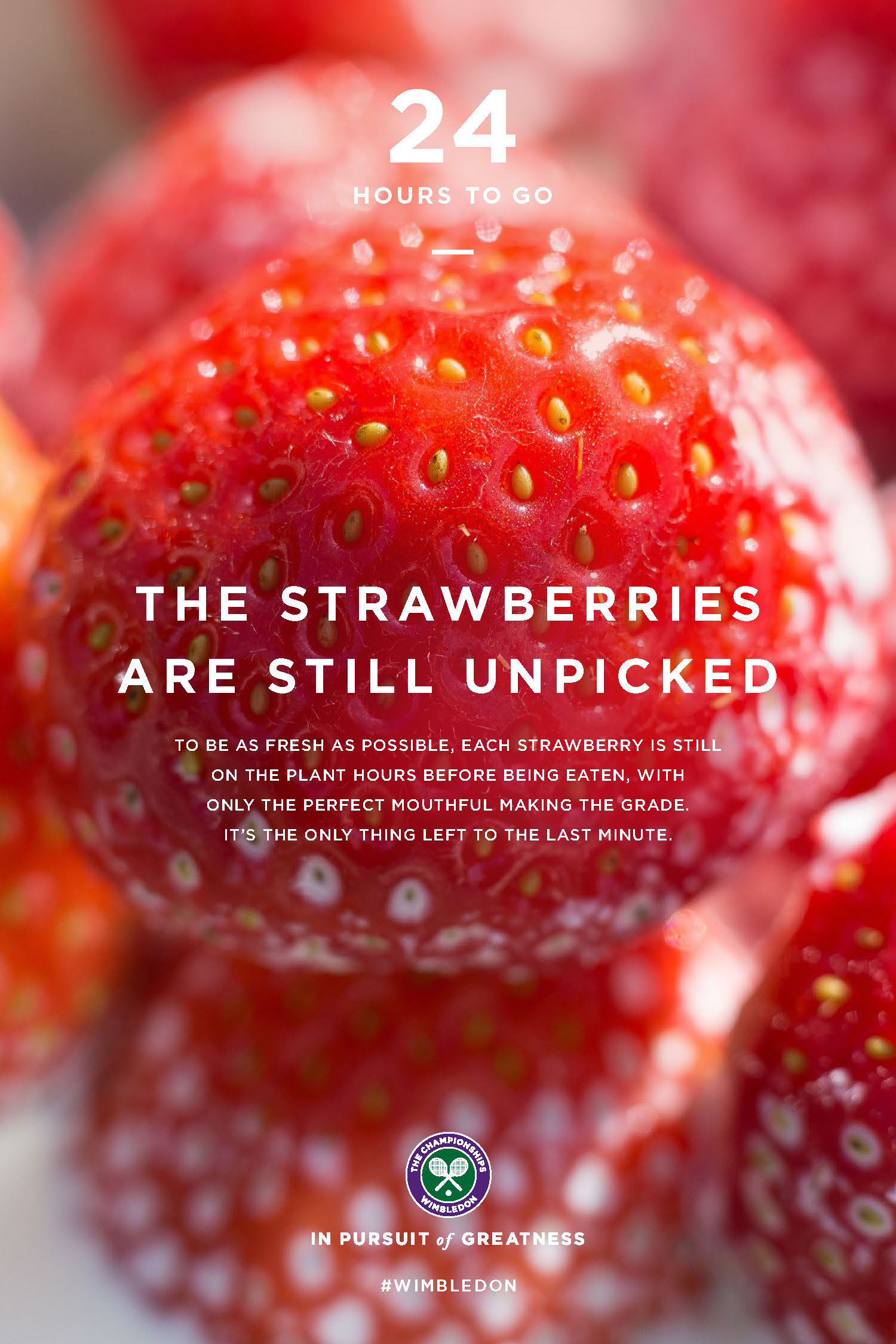